What is SLAM “mapping?”

Simultaneous Localization and Mapping – or SLAM – is a method used to create a map of an environment while localizing a moving mobile robot in the environment at the same time. SLAM is a method, a system of components that requires an odometry source and a global perception system.

There is a variety of tools available to create maps using SLAM. Operators mapping for the first time are free to choose any tools they wish in their SLAM application. Some use 2D Lidar, 3D Lidar, reflectors or cameras, depending on the type of map they wish to create. 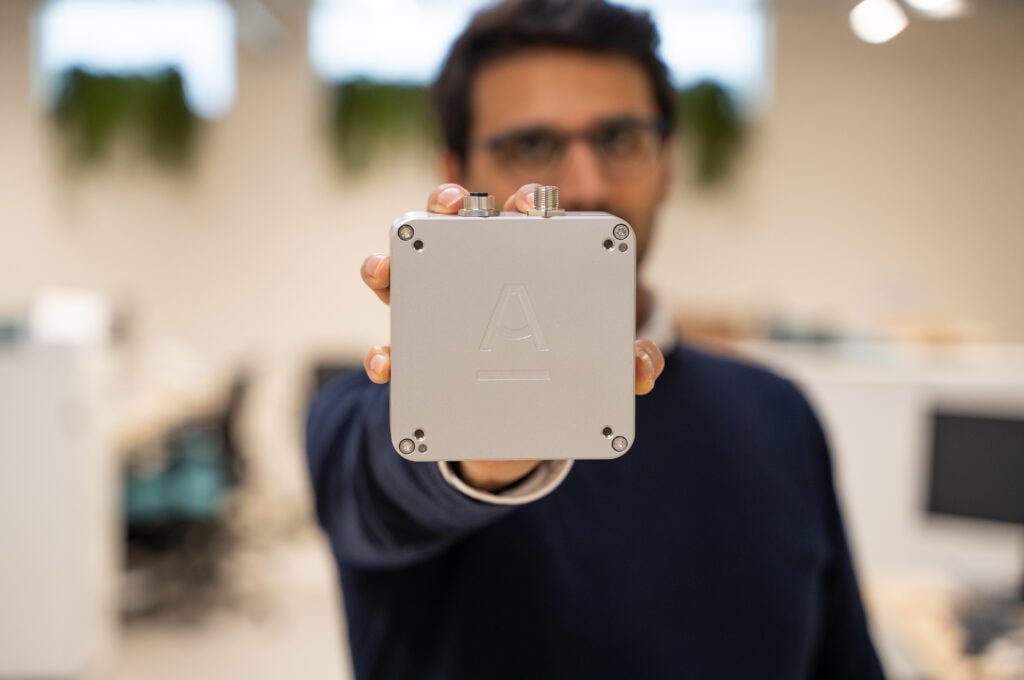 Accerion’s customers, including warehouse operators, e-commerce companies and manufacturers, use SLAM to create a map for their mobile robots and fleets for specific operations. This is to ensure a bounded global accuracy while mapping the floor in a large operational area.

First, the floor is mapped using a SLAM robot. Virtual lines of references from the natural floor surface are created and managed by the Triton sensor.

What happens after mapping?

Mapping is the first step, and you no longer need SLAM after mapping the environment is complete. All you need is Triton.

How does Triton work?

The sensor uses the floor as a map to provide coordinates to the navigation system so robots can localize themselves in the environment.

Triton is extremely sensitive to the movement of the robot in any direction, which means it works seamlessly in dynamic environments such as parcel sortation operations.

Once the floor is mapped, the Triton sensor can do pure localization and provide pose corrections out of the box using only the floor.

Contact us for more information or to request a demo or pilot.